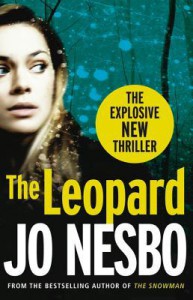 The part about him living in Hong Kong is really good and his mentioned of Cantonese logic is at least correct.

The story followed that Harry was drunk and escaped to Hong Kong. As a serial killer has killed women in a such a way that couldn't be explained by the police, they need Harry Hole to come back and find the killer for them.

Police politics involved and a jerk tried to take the credit for Harry's hard work.

The story is good and it keep the readers guessing who is the killer.

Jo Nesbo is a good story teller. And he is not afraid to be graphic and put the main character in real danger. It is fictional danger, but it is real enough for the readers to care what would happen to Harry and hoe he would get out of danger he was in.