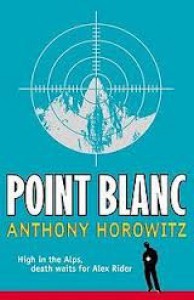 Alex Rider has found a drug dealer in his school and tried to catch the drug dealer.

MI6 has bailed him out only to use him as an undercover agent to infiltrate a French school for rich kids.

The plot thicken as this special school has more guards than students.

So what's going on?

Alex found out. He got gadgets but no weapons.

He was captured and he called for help. No help comes for 24 hours because MI6 don't trust Alex judgment.

Why are the two MI6 handlers so terrible?

Anyway, this put Alex in danger and he needed to escape.

This read like a cartoonish spy story. It is fine as long as the plots are there for the action.