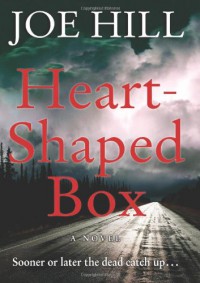 Jude or Judas is old rock star. He has a lot of income to be disposed off in weird way. One is to buy weird items from the net. He bought a suit that comes with a ghost.

Now he got a ghost appeared to be an old man. And this old man is out to get him. So he wanted a return or refund. The call to the seller met with hostility as it was a deliberate thing. The ghost was the father of a woman he dumped before. She was dead by suicide according to the seller, who claimed to be her sister.

Other weird thing is going on. The current girlfriend Georgina is trying to help him. He seems to be trying to commit suicide but with no memory or even that intention in his mind.

At the start of the book is pretty creepy. I dislike creepy as it does not take a lot to scare me. That's why I have so much fun at theme parks.

And it got really good really fast.

He found out more about the ghost and the woman that he dumped. Anne wrote him letters wanting him to take her back. She also revealed some secrets in her past. She was abused and she was going to come out with the truth.

Now the ghost blamed Jude for corrupting his girl. She used to take the abuse as a child without complaint. The creepy factor take a turn and it is Anne's sister Jessica who is creepy.

The father, now dead, was a hypnotist. He used to hypnotize Anne and let her forget that she was abused so that she wouldn't be unhappy. But because Anne was wired differently. the father couldn't fully erase the memory and it comes back.

Now it became a road trip, detective, ghost story. With quite a lot going on. Jude was not what one would expected on a spoiled rock star. This is really good.

Reading this for Modern Master of Horror. 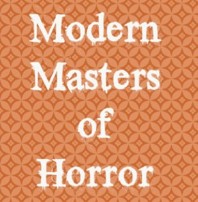