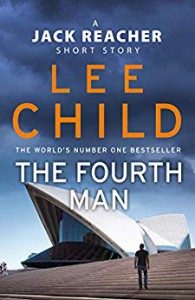 Jack was found, surprised by the FBI.

He is not wanted. He was on a hit list and the FBI didn't realized it was a hit-list until the men on the list died within a short period of time with each other.

Jack Reacher was on that list. The hit-list was found somewhere in Australia. So instead of running through the usual and slow diplomatic channel, Jack got on a plane and fly to Australia.

He is going to take care of this. And whole on the record, he was in Australia many years ago having a low level job duty of directing traffic, that's not what happened.

What's happened was classified. And without clearance, he is not going to tell the authority about it.

So Jack took the more direct approach. Interesting enough, many of the Reacher story usual elements were there. Jack was minding his own business. He was in some kind of danger because of his past work for the government. Some kind of official was involved, and being ignored by Jack. Jack taking care of things. End of story.