David is a bit clueless 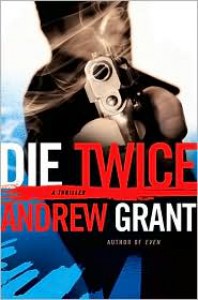 David met this older guy Richard who was shot in his office by his formal coworker. Now he was told that he has to catch a guy who is selling poison gas for terrorist purpose.

How could David not verify that with his agency? And rely on a person he just met? He was attack by thugs and of course run around in circle.

It is so obvious that he should not have trusted the old guy.   Should have got allies in the team as it is always the team that one could trust when one doing dangerous field work.

The action part is okay. I like the thinking back in training part too. Too bad that it is not that logical that David didn't realize the betray.

This is the second in the series.