Mitch team up with Grisha again 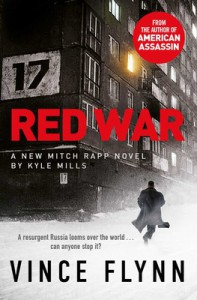 Grisha was under attack and the love of his life, Cara who turned a robotic killer into a someone who has something to lose.

Rapp is to the rescue of course, but not before Cara was injured.

The Russian president is behind the attack. But why?

To find out that the Russian President want war, and Rapp is there to try to eliminate the reason for war and try to save lives again. Rapp sometimes sound like more Superman than James Bond.

Grisha want nothing more than to live the good life and spend time surfing with his girlfriend. That's not easier said than done when the people he pissed off are dangerous and he really has no friend. His only friend is Rapp really. Not even Coleman has he is responsible for his serious injury that has taken a year to heal.

A nice story. Not as much action as the previous one.